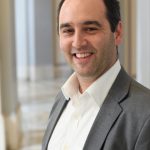 It was a pleasure to work with our friends at the American Short Line and Regional Railroad Association (ASLRRA) again to assist them in their search for a new president and on January 22, 2019 they appointed Charles H. “Chuck” Baker. ASLRRA is a non-profit trade association representing the interests of the nation’s 600 short line and regional railroads and railroad supply company members in legislative and regulatory matters. Short lines operate 47,500 miles of track in 49 states, touching in origination or termination one out of every four cars moving on the national railroad system, serving customers who otherwise would be cut off from the national railroad network.

Prior to accepting the position at ASLRRA, Baker was a partner at Chambers, Conlon & Hartwell (CC&H) where, in addition to the ASLRRA, he represented clients such as the National Railroad Construction & Maintenance Association (NRC), the OneRail Coalition, the American Railway Development Association (ARDA), Canadian National Railway, Norfolk Southern Railway, and McHugh Construction.

During his tenure at CC&H, Baker served as the President of the NRC, responsible for the core financial, operational, and legal programs, including its federal legislative and regulatory program. For One Rail, Baker coordinated activities and messaging, and its interface with Congress and the Administration. Mr. Baker is a native of Baltimore, Maryland, and a graduate of Rice University in Houston, Texas.